Basilica of Our Lady of Guadalupe – MEXICO CITY

The year was 1531. And times were desperate indeed for the small group of Spaniards in New Spain (present-day Mexico). They were outnumbered 600 to one by the Aztecs and a massacre seemed imminent. Tensions were at a fever pitch because of the tyrannical behaviour of a few of the Spanish secular leaders. Franciscan Juan de Zumárraga, the first bishop of Mexico City, realized that only a miracle could save the perilous situation. 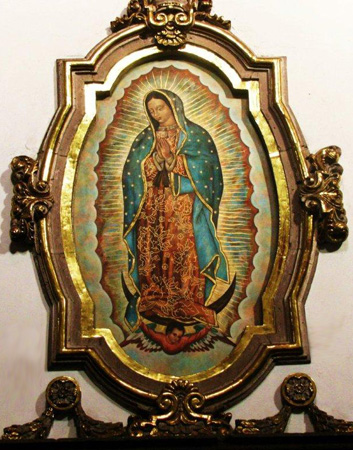 Shortly thereafter, the bishop began to hear strange stories: An indigenous, middle-aged convert named Juan Diego was telling him that a “beautiful lady” was appearing to him on the top of Tepeyac Hill. And stranger still, the man came back with the same tale.

On the morning of Dec. 12, 1531, Juan Diego appeared yet again at the bishop’s door. The bishop was astonished when he realized that Juan was carrying a large assortment of roses. “At this time of year! Impossible!” he said to himself. “And Castilian roses at that!” This was the sign that he had been secretly praying for. But this was just the beginning: When Juan removed his cloak a portrait of Our Lady of Guadalupe as an Aztec maiden appeared on its surface. Bishop Zumárraga fell to his knees in wonder before the miraculous image. As would multitudes of believers throughout the centuries to the present day.The Basilica of Our Lady of Guadalupe in Mexico City (which houses the image) is the most visited Marian shrine in the world, attracting an estimated 20 million pilgrims a year, far surpassing the number of visitors to Lourdes and Fatima.

The New Basilica was built in 1976 and stands alongside the Old Basilica which is now used as a museum. It was declared unsafe due to its sinking foundations in the sandy subsoil of Mexico City.

Far from waning, the popularity of Our Lady of Guadalupe seems to be ever-increasing. An official from the Mexico City tourist bureau reported that, on average, seven million pilgrims attend the Basilica annually for the Dec. 12 feast day festivities. And, an astonishing 12 million people ( according to the Financial Post , Aug. 2, 2002) lined the streets of Mexico City to greet Blessed Pope John Paul as he entered the city for the canonization of Juan Diego in 2002.

Images of Our Lady of Guadalupe are found everywhere in Mexico: In buses. Taxis. Bus stations. Parks and shopping malls. There is even a picture of her in the McDonald’s restaurant in the city of Puebla! It is no wonder that she is called the “national icon” of the Mexican people.

The preservation of the tilma (Juan Diego’s cloak) is an ongoing miracle in itself. The 480-year- old image, imprinted on the delicate fibres of the Maguey plant, should have disintegrated within 20 to 40 years. Inexplicably, the fabric is perfectly intact and the colours are as radiant as if they had been freshly painted. Extensive scientific investigations have been carried out on the image: Studies in the field of astronomy indicate that the stars on Our Lady’s mantle coincide with the constellations in the sky on the night of Dec. 12, 1531; recent studies in advanced computerized technology in the area of ophthalmology reveal that several figures can be seen reflected in Our Lady’s eyes, among them, Juan Diego and Bishop Zumárraga; further scientific studies have found that the “colours” in the image are unknown to science, being of “neither animal, vegetable or mineral origin.”

Her unforgettable words to Juan Diego are inscribed above the main entrance of the Basilica: No estoy yo aquí que soy tu Madre?—“Am I not here? I who am your Mother?”

Who can resist such a message? 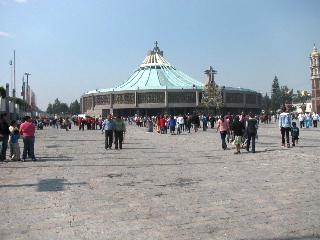 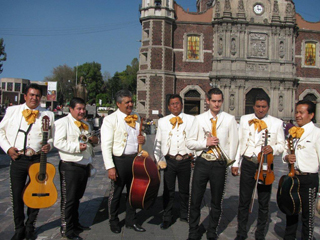 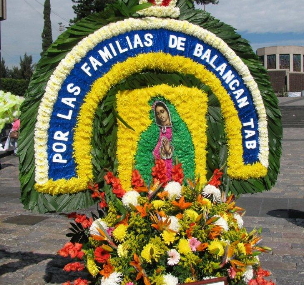 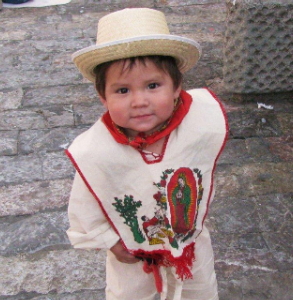 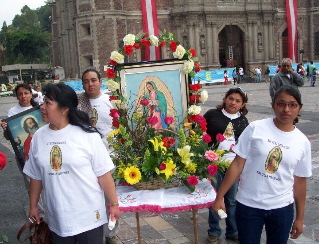 Reprinted with permission from THE CATHOLIC REGISTER